The boss that made you feel subhuman and the coworker that constantly took credit for your work will stick with you. And so will the defense mechanisms you built to cope with their behavior.

While many organizations focus on what their employees can do for them, we focus on what we can do for our team members. A significant part of that is guiding team members through a process I call reverse conditioning (no, I didn’t make it up… but I talk about it a lot).

con·di·tion·ing: the process of training or accustoming a person to behave in a certain way or to accept certain circumstances

You’ve heard of Pavlov’s dog study, right? No? Google it.

Anyway, reverse conditioning is that same process, but in reverse. Which, I’ll admit, isn’t groundbreaking by definition. But, in practice, it’s incredibly powerful.

I’ll demonstrate this concept through a story about Maria. Maria isn’t on our team as she doesn’t exist. But, I’ll use her name to anonymize our team members’ actual experiences for privacy reasons.

Maria worked at her last organization for a year and a half. When she started her job, she was so honored to be given the opportunity to grow and develop in the role. She approached every task assigned with vigor and never hesitated to offer new ideas or challenge the status quo. Maria was energized by her job and could visualize a future for herself as she grew at the company.

Then, six months into her new job, her manager left the organization. The majority of her team quickly followed her manager's lead.

The manager that followed was unfamiliar with her department and the value her role contributed to the organization. The environment she had come to cherish quickly disintegrated before her. But, Maria held onto the hope that her organization’s culture would persevere through the changes on the team.

Unfortunately, Maria came to understand that an organization’s culture is only as strong as the manager enforcing it and the team practicing it. Her team members’ roles were outsourced rather than backfilled, and her 1:1s with her manager were consistently canceled as they were deemed an invaluable use of time.

Maria desperately wanted to leave her role, but she was only seven months into the position at this point. Who would hire someone so ready to leave an organization after only seven months? She felt she was the problem and just knew other hiring managers would quickly see that and dismiss her.

So, Maria stayed. She was loyal to the organization that mistreated her and resigned herself to stick it out until she hit the two-year mark and wouldn’t be viewed as a “job hopper” to potential employers.

Over the next year, Maria grew disinterested in the work she once loved. Her department’s funding was cut, and her responsibilities grew and grew until her job description felt like a tattered journal entry she had written long ago to which her new responsibilities held no resemblance. She internalized the dismissive treatment from her manager and came to accept her lack of value. She no longer offered ideas of any sort as she knew her primary role was to salute and comply and avoid drawing attention to herself.

Six months out from the resignation date she had been fantasizing about for a year now, her manager scheduled time with her on a Friday afternoon.

“You’ve been underperforming in your role. We can see that you have no interest in this position. As a friend, I’d advise you to remember this conversation in the future and fight to retain some interest in the position you’re in. It’s a disservice to our organization to be so disengaged. You’ve left us no choice but to let you go. If you’d like to avoid a termination on your record, you may resign now.”

Out of fear, Maria resigns and is escorted from the building. She meets a friend at a coffee shop and cries. How could she have been so stupid? She let this amazing opportunity slip through her hands.

But wait, this was partially their fault. They failed to provide leadership. They destroyed the environment she signed up for. But haven’t we been taught not to point fingers? Shouldn’t she have just left when her manager did?

Now, she’s lost her income and is ineligible for unemployment. Her self-esteem is shattered, and her passion for what she once loved is gone. After all, why be passionate about work no one notices? She’s left without a reference from the position she lost her identity to and is afraid to list the past 1.5 years of her work experience on her resume for fear of what they might say if contacted.

Okay. Now that we’re all on the same page. Maria has been through some serious shit. While some may invalidate her as weak or cowardly for staying in her position so long, her story is very, very common. Way too common. We’d venture to say her story (although dramatized to combine the individual experiences of everyone on our team into one story) mirrors normal far more than you’d care to accept.

So, is Maria ready for her next position? No. No, she’s not. She’s jaded and unmotivated and, honestly, sad. And that will show in her interviews. Interviewers without her back story will probably dismiss her as disinterested.

But she can’t tell them her backstory, can she? As we’ve been taught, the cardinal rule of interviewing is that you must, at all costs, never bad-mouth your previous employer. Their mistakes must be downplayed, and she needs to assume the role of a grateful prior employee looking for her next opportunity. Her trauma, stress, and mistreatment shouldn’t be discussed, referenced, or acknowledged. So, she puts on another borrowed identity. One that is a shadow of the motivated, enthusiastic young woman she was less than two years prior.

If you’re still reading, you probably have first-hand experience to support the truth in Maria’s story.

So, how should you move forward? How do you succeed in your next position? How do you find it in you to want to succeed?

You need to be incredibly intentional about your next steps. You’ve learned that relying on a manager to dictate your worth and job satisfaction is unsustainable in corporate America, as the average tenure of a managerial position is 4.9 years. You’ve learned to distrust authority and isolate yourself from risk. You’ve become an island, but you can’t rebuild your work ethic and enthusiasm on that island.

To continue to grow, you need to find an environment that sees you. Really sees you. One that recognizes your previous work history for what it is and will become an advocate for you rather than another antagonist.

Circling back to reverse conditioning. To undo the damage that has been done, you need to actively unlearn the behaviors and thought patterns that you’ve built. (Did I mention that I was a psychology major?)

If you’ve ever been to therapy or studied psychology, you may recognize this as cognitive behavioral therapy. And, you’re not wrong.

No, we’re not here to be your therapist because... boundaries.

BUT therapy is essentially structured self-reflection and guided growth, so… maybe we are. Unclear.

My leadership philosophy focuses on helping people like Maria rediscover their worth and reacquaint themselves with the passionate contributor they once were.

While we’ve drawn the parallel to therapy, we promise this isn’t a painful or invasive process and it’s nothing to be wary of. Here’s a concrete example of how reverse conditioning is practiced on the team.

How often do you say sorry in a day? Maybe you bump into someone on the street and quickly say, “Sorry.” Before shuffling into work. Your partner texts you, “You didn’t let the dogs out this morning.” To which you respond, “Oh no, I’m sorry!” As you sit down at your desk, you realize you left your laptop at home, so you run into your boss’ office and exclaim, “I am so sorry. I left my laptop at home and need to go back to get it.”

It’s only 8:05 am, and you’ve apologized three times. For being human.

At Coastal, we look at the word sorry a bit differently. We don’t apologize for being human. Instead, we take accountability for our mistakes and take steps to fix them. But, we rarely use the words, “I’m sorry.” It may seem silly, but the words we use carry weight. And we do not believe in continuously signaling that we should be sorry or that we’ve done something wrong.

When we’ve hurt someone or damaged a relationship, we, of course, say, “I’m sorry.” But, we intentionally reserve the word to only use when it is necessary and warranted.

We also actively work to overcome the thought distortion that our opinion doesn’t matter. For example, how often have you said the following:

“My opinion isn’t really valid, but…”

“This is probably a stupid question, but..”

At Coastal, we don’t invite people to meetings where their opinions are not valuable or their input is unnecessary. We don’t categorize questions by their worth, and we don’t stifle ideas, push back, or brainstorming sessions. Too often, companies make decisions at the top and, by the time they reach the executor, the why has been distilled into a faint version of “because I said so.” I don’t make decisions in a vacuum, and neither does my team. Everyone’s opinion counts, everyone’s ideas are valid, and everyone’s words are worth hearing.

In summary, our team actively works to break those habits that we’ve formed to fit in at previous companies. We work to overcome what we’ve been taught to relearn who we are. We challenge one another to become more authentic every day, and we have no intention of that changing.

Who is Coastal Consulting? Who is Coastal Consulting?

November 2021 2 min read
Why does Coastal interview in person? 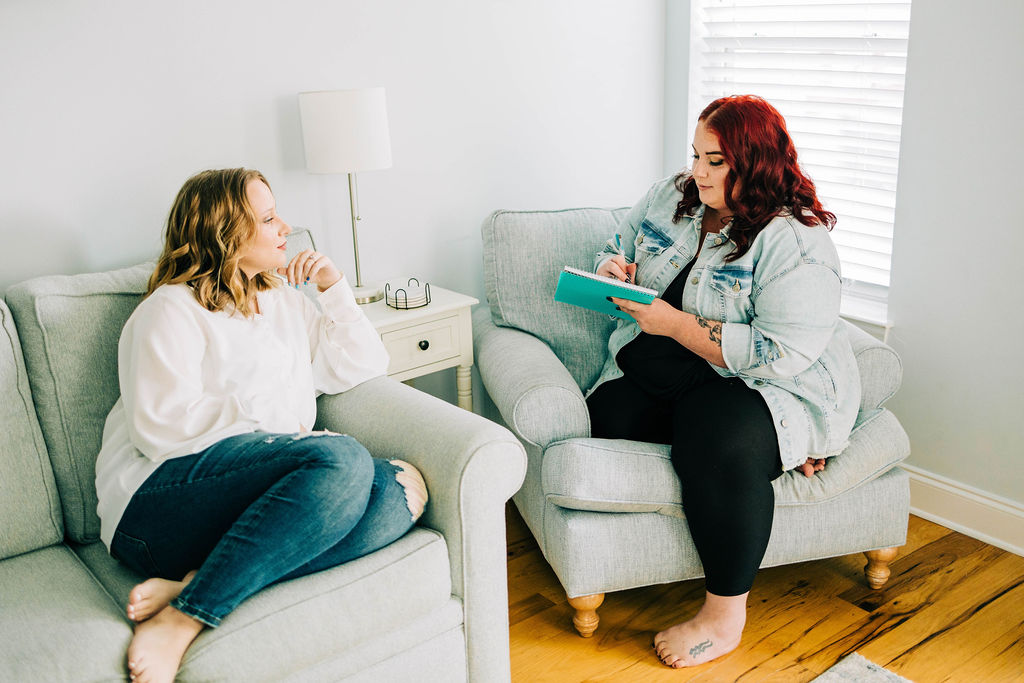 Why does Coastal interview in person?